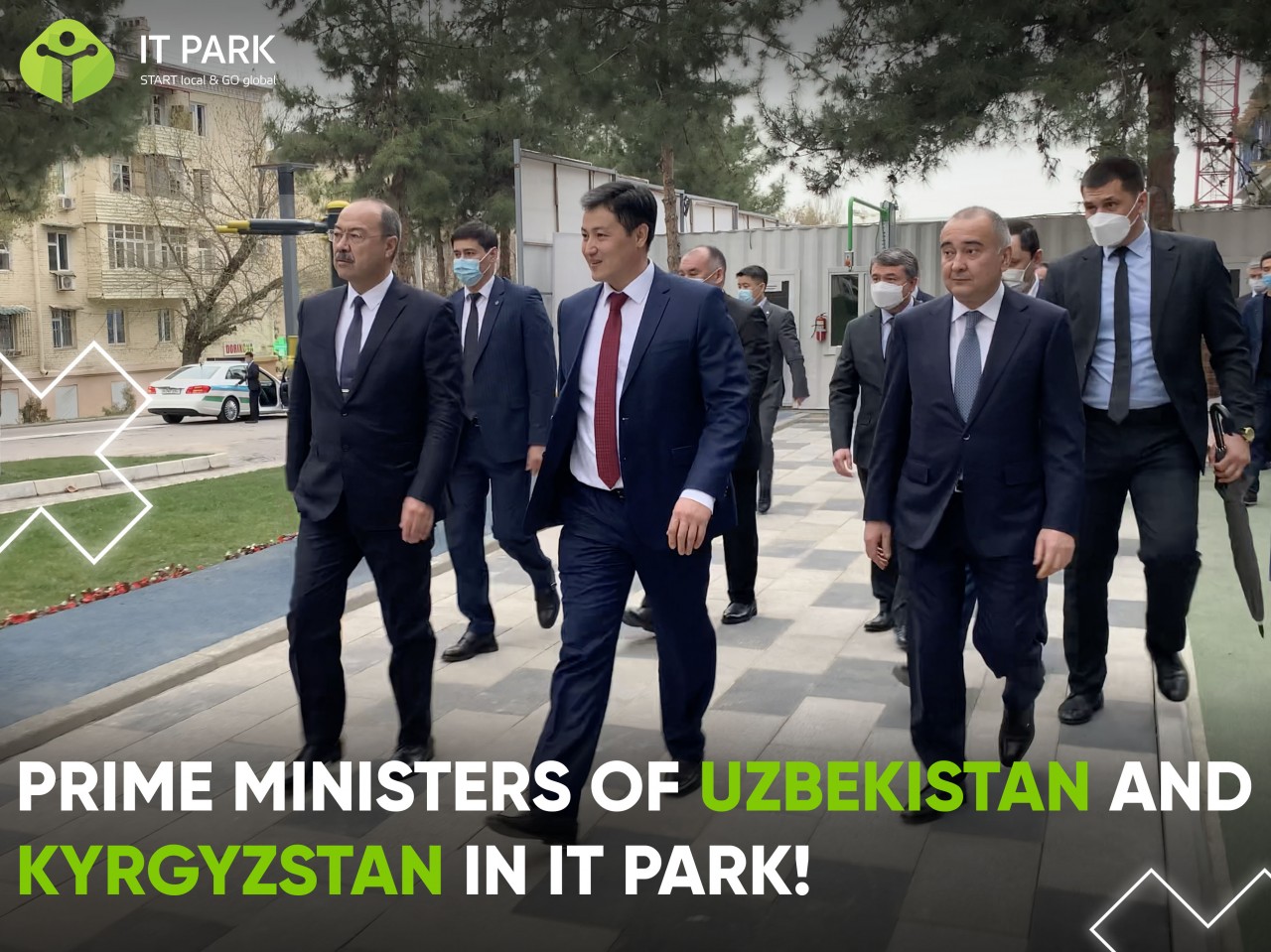 Prime Ministers of Uzbekistan and Kyrgyzstan visit IT Park!

On March 25, 2021, the Prime Minister of the Kyrgyz Republic Ulukbek Maripov visited IT Park as part of his two-day visit to Uzbekistan and to various objects, enterprises and organizations.

During the visit, the honored guests got acquainted with the concept of construction of facilities on the territory of IT Park, which are expected to be completed by 2022. The Prime Minister of the Kyrgyz Republic was presented projects of IT Park residents on the automated ambulance management system of the company BePro, a monitoring system for the extraction of nonmetallic minerals, as well as an analytical platform for identifying the yield of agricultural products from the company Monterra.

“Automated system of management of emergency medical care Meddata 103 of the Republic of Uzbekistan” stands out as an intelligent system of reception and transmission of calls, forecasting and analyzing the activity of dispatch services.

“The idea itself was born last year, when due COVID-19 pandemic, we were short of ambulances,” Abdulla Aripov said.

Every ambulance is equipped with a special tablet that automatically receives calls. The system shows the closest ambulance to the call and calculates the distance. The project facilitates to reduce the time spent for an ambulance to reach the destination. Before it took between 40 and 50 minutes, but now it takes on average 15 minutes.

Monterra Mining is a system of monitoring the quarries of non-metallic materials so as to ensure timely collection of tax for the use of these materials. In 2020, the tax revenue for the project amounted to 20 billion UZD. In 2021, the amount is expected to double which in turn becomes 40 billion UZD.

“This project is only implemented in Samarkand, imagine what will happen if we implement it in Tashkent,” Abdulla Aripov said. Ulukbek Maripov emphasized that this project is a bright example of good and promising business.

Besides, Uzinfocom representative presented the project “Single interactive state services portal”. The portal is a single point of access to online public services provided by state agencies, including a fee.

The Prime Minister of the Kyrgyz Republic Ulukbek Maripov highly assessed the presented projects and noted the possibility of their implementation in Kyrgyzstan.

The Republic of Uzbekistan and the Kyrgyz Republic will cooperate with each other, particularly in the area of information technology, which will make it possible to improve the development of the IT sector in both countries.