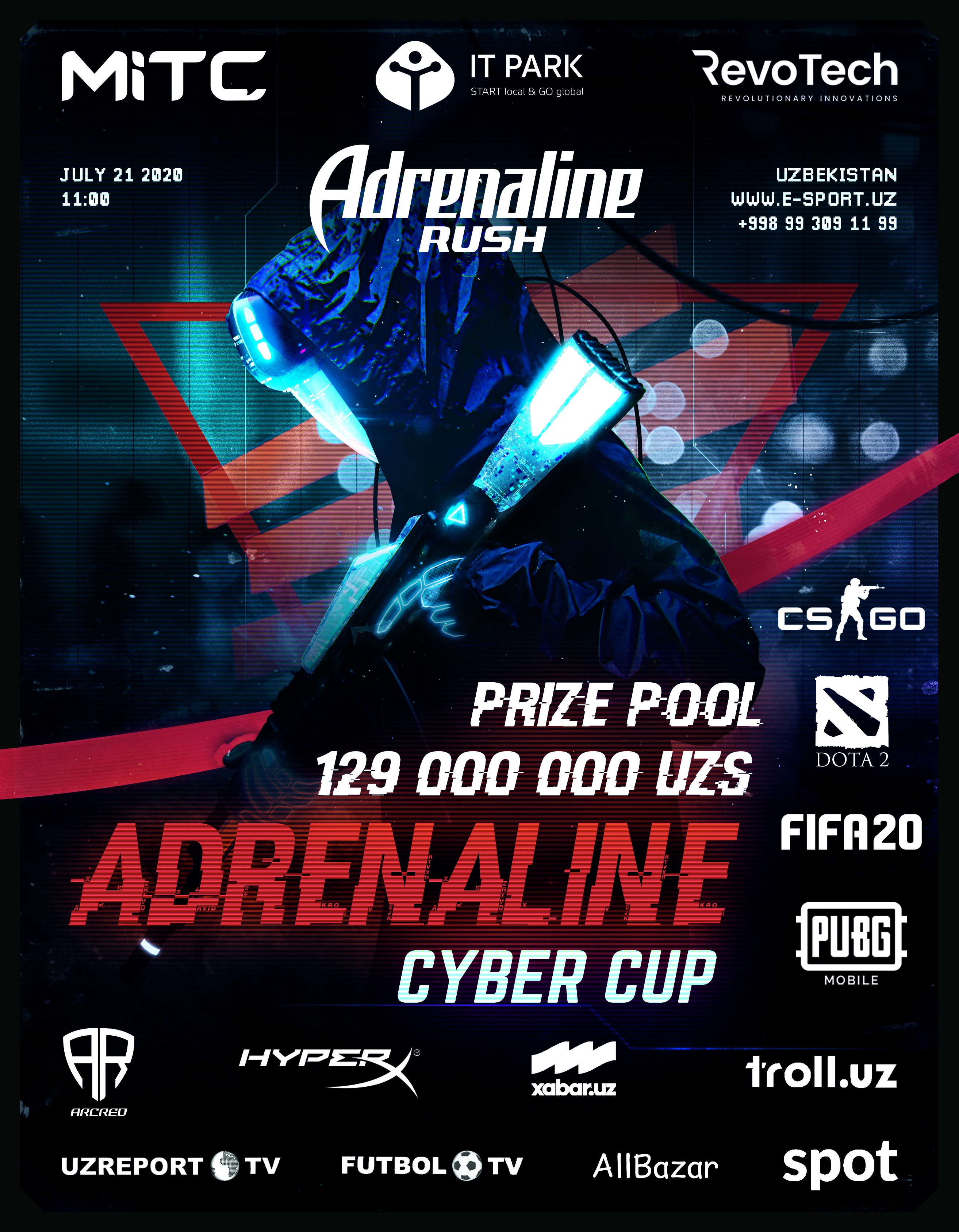 From 21 to 31 July 2020, Uzbekistan hosts a major cybersports tournament organized by the Ministry for Development of Information Technologies and Communications of the Republic of Uzbekistan, IT Park, Adrenaline Rush and ARCRED cybersport organization.

The tournament will be held on the FaceIT platform, on the servers of the Republic of Kazakhstan, in four directions:

As we have already announced, this time we could not get by just CS:GO and FIFA 20. And taking into consideration popularity and demand for DOTA 2 and PUBG Mobile games, we decided to include them in the tournament.

CS:GO and DOTA 2 games will be held on the olympic system bo3.

FIFA 20 matches will be divided into groups. The group system is determined by the number of participants.

Live stream of the matches will be available on YouTube and Twitch channel IT Park.

This time the total prize fund of the tournament is 129 000 000 soum and will be distributed as follows:

It is worth to mention that HyperX is organizing gifts in the form of branded headphones to the owners of fourth, fifth and sixth places in CS:GO, DOTA 2 and FIFA 20 disciplines.
We remind you that at the first tournament organized by us, the prize fund was 60,000,000 soums.

This time, by increasing the number of games, we decided to increase the amount of the prize fund as well.

Prizes for the winners will be credited to the debit card of the captain or one of the team's players.

Anyone who has at least some experience in the above-mentioned disciplines can take part in the tournament. The main requirement is to be a citizen of the Republic of Uzbekistan.

Well-known experts in the world of eSports of the Republic of Uzbekistan – Daniil "DanTheVamp1re", Sultanbek "Allinclusive_heyiamhere", Pavel "IGringoI" Saprykin will serve as commentators of the central matches of the tournament.

IT Park encourages everyone to cooperate as partners of the tournament!

Link for the registration: www.e-sport.uz