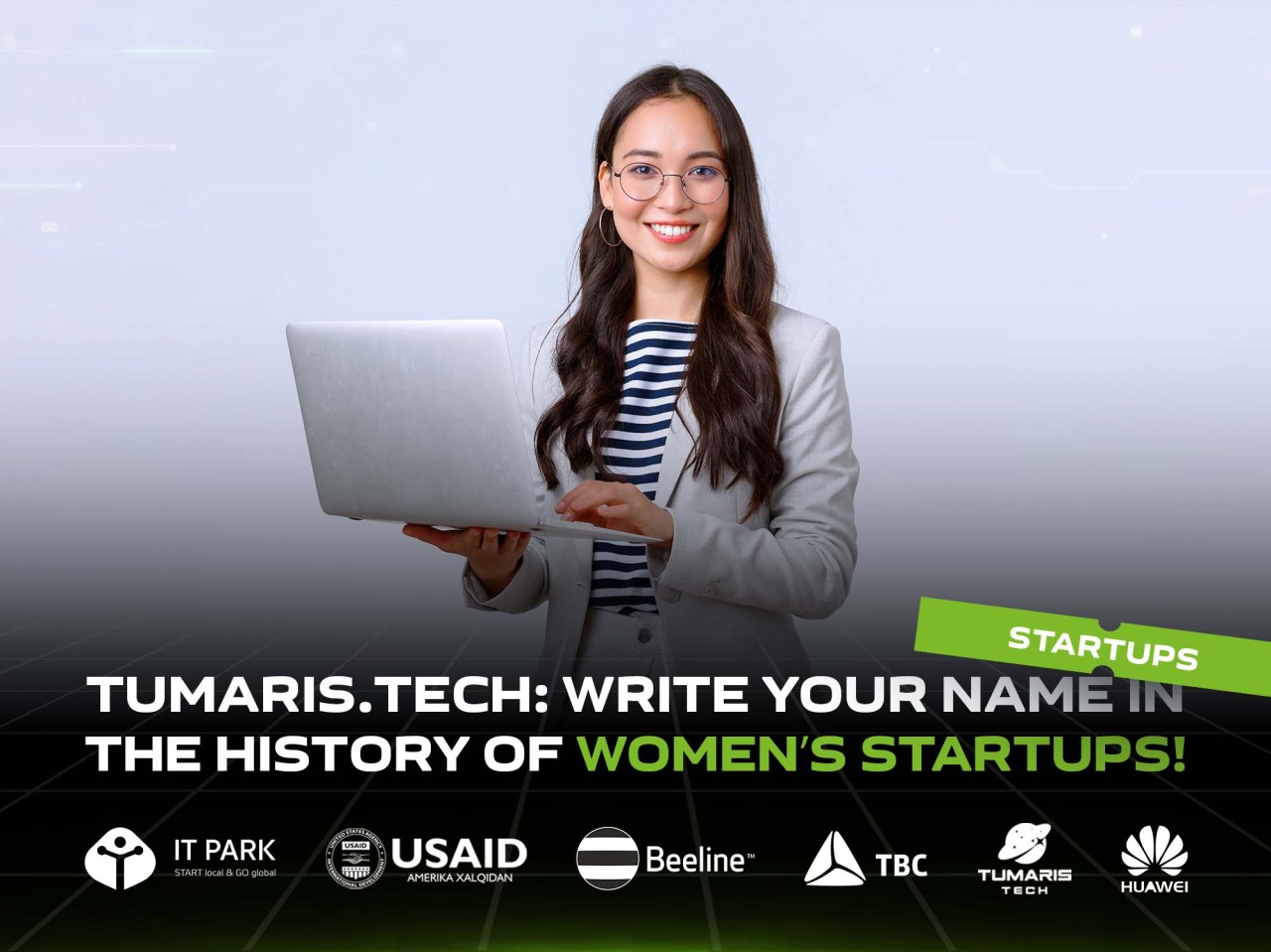 Tumaris.Tech: write your name in the history of womenʼs startups!

Still doubting that IT is for girls? The Tumaris.Tech program will help dispel doubts!

Tumaris.Tech is the largest project in Central Asia to support womenʼs entrepreneurial initiatives, the purpose of which is to assist womenʼs IT startups in the implementation and development of their projects.

The project was launched in July 2020, and in February 2022 it entered the Central Asian stage.  During this time, many events and activities have been implemented aimed at increasing the involvement of girls in the IT ecosystem. Hundreds of girls and women received useful skills that helped them start their own business or develop an existing idea, and even received funding for their startups. In particular, the indicators of the project:

And thatʼs not all! On December 12, the final wave of the acceleration and incubation program starts, following which the 10 best startup projects will receive an invitation to the startup exhibition with transportation costs covered, which will be held in March 2023 in Tashkent. This is the final event before the closing of the Tumaris.Tech project.

There is one last opportunity to join the ranks of the participants of the most powerful project to support womenʼs IT-initiatives! Hurry up to become a part of the huge Tumaris.Tech family and write your name in the history of womenʼs startups in Central Asia!  Applications will be accepted until December 5th. You can register using the link: https://forms.gle/fAjhh8X6WDhdyN5J7

The program is implemented with the support of the USAID Entrepreneurship and Business Environment Development Project, Beeline Digital Operator, TBC Bank and Huawei.

Recall that the success of the womenʼs project was marked by an international prize: this year “Tumaris Tech” was named the best international project in the field of “Capacity building” by the International Telecommunication Union (ITU).