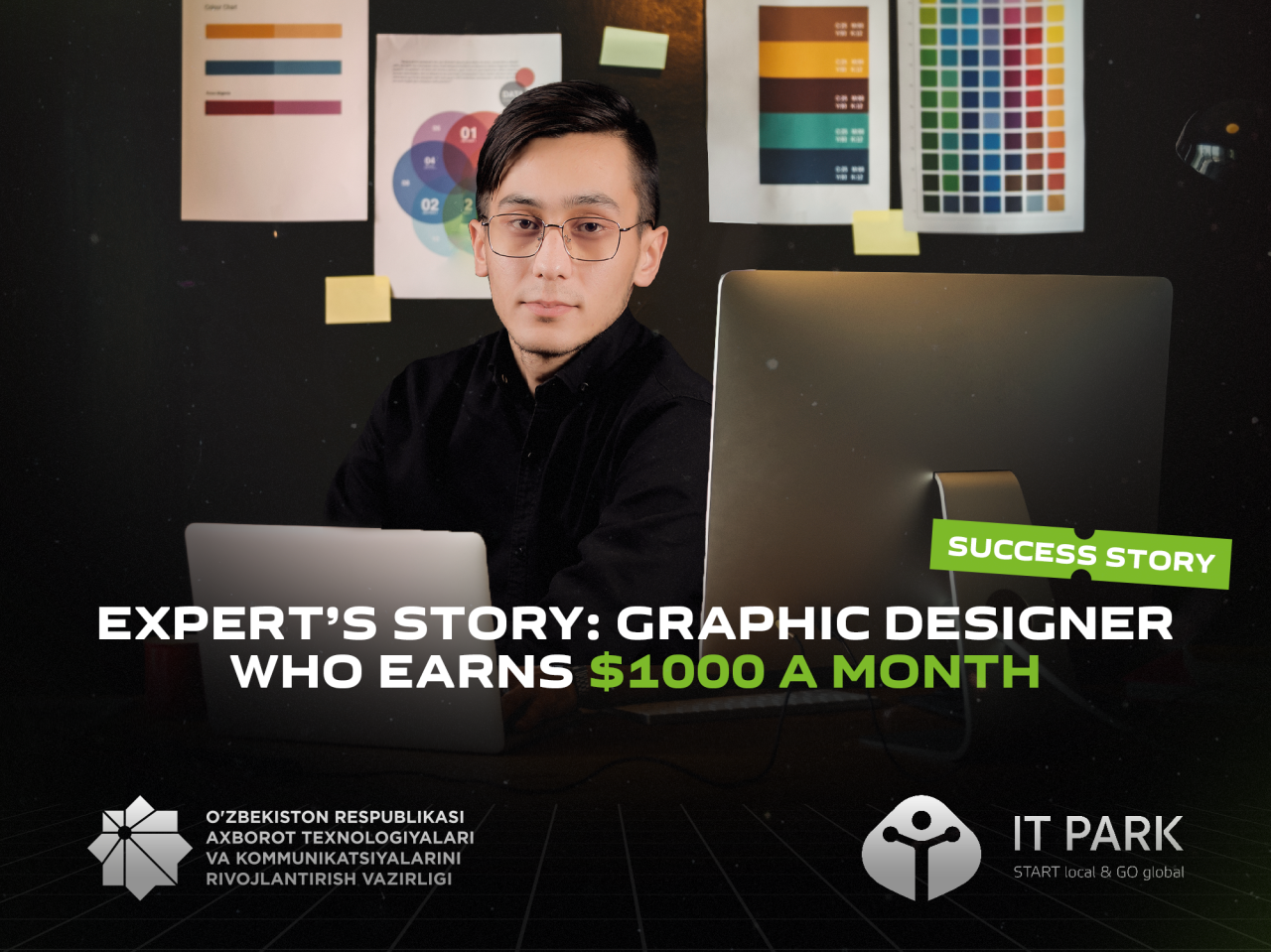 Asadbek Abdurakhmanov was born in 2000 in Jizzakh.

Since childhood, he was interested in graphic design and at the age of 14, he began to master the programs on his own.  He demonstrated particular interest in Adobe After Effects and Adobe Photoshop, in which he succeeded the most.

Asadbek took his first steps in his career a year later, when he was 15. He got an internship at a printing house, where one of the employees began to teach him programs such as Adobe Illustrator, Adobe Premiere, Blender, Adobe Xd.  Here Asadbek began to earn extra money and widen his knowledge.

In 2019, at the age of 19, he opened his own printing house and hired three young professionals.  The team worked for 3 years, taking various orders and projects.  During the quarantine, their activities stopped for a while, but now colleagues are working with several outlets and shops, educational centers and cafes in Jizzakh and Tashkent.

Now Asadbek is 22 years old, he is the 3rd year student at Moscow Institute of Public Administration.  In addition, Asadbek cooperates with large local companies such as Technomart, Indenim, and works as a teacher at the graphic design course at the Jizzakh IT Center where he conveys his experience to more than 50 students per month.  Some of them already work at many well-known enterprises and firms of the city.

In addition, Asadbek works as a freelancer on one of the major outsourcing platforms, where he takes orders and projects.

Asadbek's dream is to open an advertising agency where he wants to invite qualified specialists.

Teaching and freelance activities bring Asadbek a considerable income.  Asadbek earns $1,000 or more every month, and does not want to stop there.  On his own example, he proves that young age is not at all an obstacle to earn a decent amount of money, and any young professional can achieve the same, and even remarkable results.