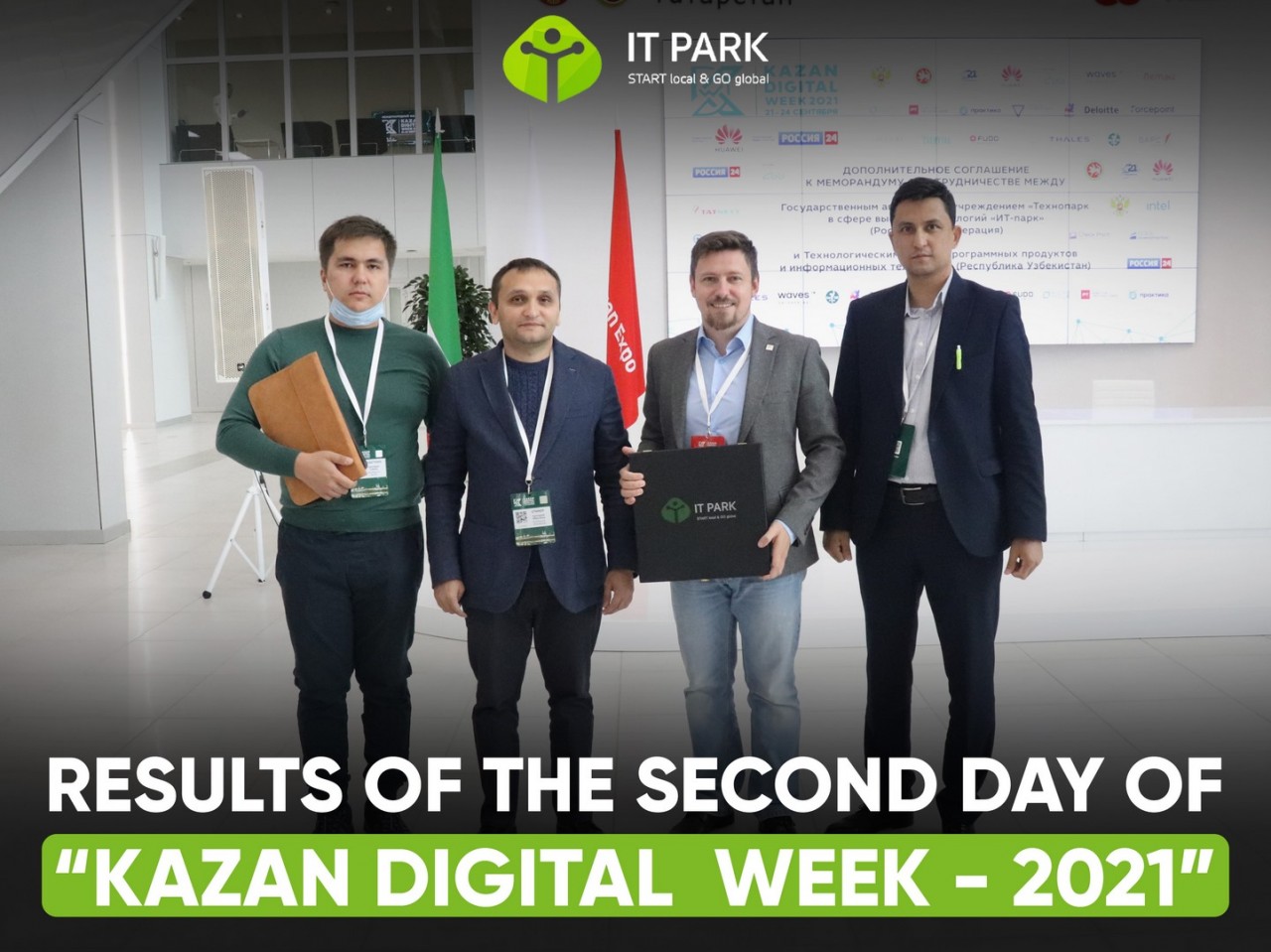 Yesterday was the second day of the international forum “Kazan Digital Week – 2021”, which takes place in the capital city of the Republic of Tatarstan - Kazan.

The second day did not slow down the pace set on September 21. However, if on the first day everyone’s attention was drawn to the visit of the President of the Republic of Tatarstan Rustam Minnikhanov, then the second day for the IT Park delegation and other participants of the exhibition was full of many meetings that are significant in professional cooperation and agreements concluded between organizations of the two republics.

The second day began with a bright event - the signing of a memorandum between “IT Park Uzbekistan” represented by Deputy Director of IT Park Abdulahad Kuchkarov and “SEZ Innopolis” JSC represented by Director General of the organization Renat Halimov. Further, an equally significant event took place, both for IT Park and for IT specialists and owners of startups in Uzbekistan - the signing of an additional agreement between IT Park Uzbekistan and the IT Park of Kazan within the framework of a previously signed memorandum on April 2, 2019. (here is a link to the article)

At the same time, Hikmatullo Nasrullayev, director of the resident company IT Park “RealSoft”, held several significant meetings. The first meeting took place with Andrey Shirshov, Manager of the Key Accounts Department of BARS Group. During the meeting, the parties discussed the possibilities of future cooperation in the production of IT solutions for state and corporate informatization. 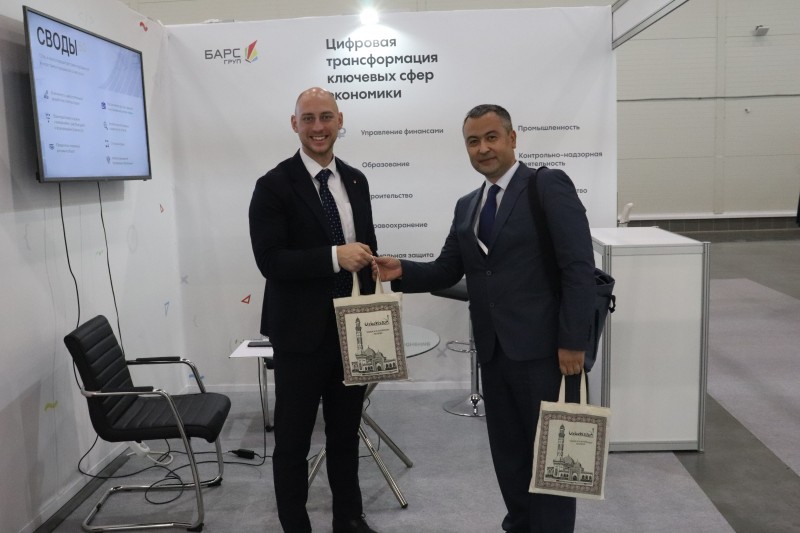 The next significant meeting for the resident company was with Anton Kukushkin, Sales Director of Etton. As a result of this meeting, representatives of the companies agreed to discuss in more detail all the possibilities of joint work on automation systems for the corporate and public sectors. 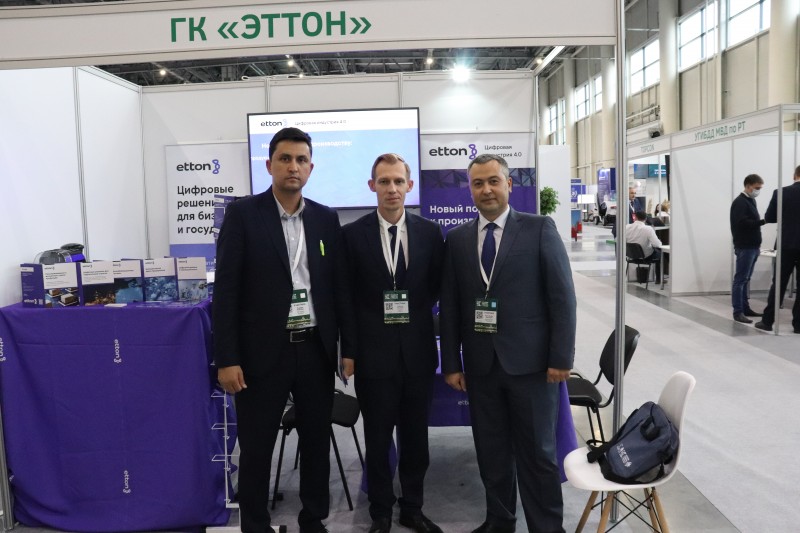 In addition, IT Park facilitated the acquaintance of other IT Park resident companies with large foreign companies presented at the exhibition. One of these acquaintances was the meeting of the Director of the IT company “Exact IT” Yulia Yakovleva with the Representative of the Russian oil Company OJSC “Татнефть” Faim Khairullin, as well as with the Representative of the “БАРС Груп” Company Andrey Shirshov, the Representative of the IT Company in the field of design, construction and IT infrastructure support at “ТатАИСЭнерго” energy facilities. Each of the meetings bore its first fruits in the form of agreements on a more detailed discussion of the future partnership. 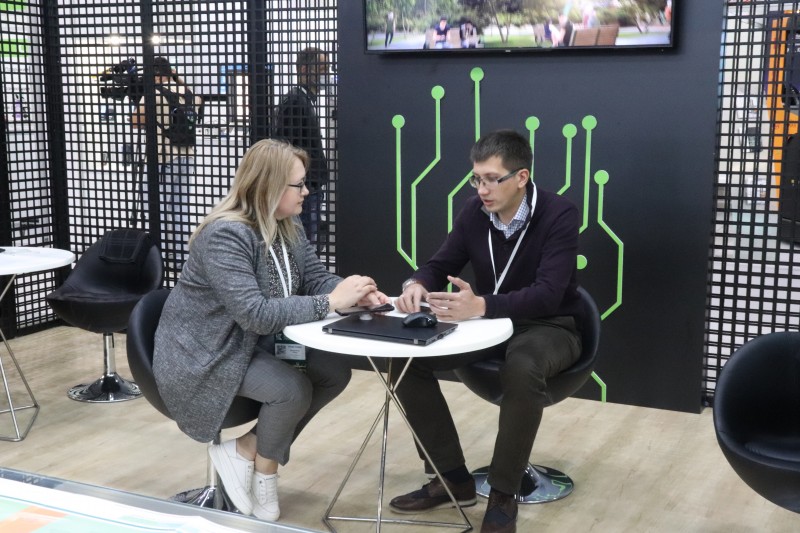 It should be noted that the deputy director of IT Park Abdulahad Kuchkarov met with a professor at the Polytechnic University and a representative of the Russian commercial joint-stock bank PJSC “Ак Барс Банк” on the creation and implementation of cybersecurity programs. 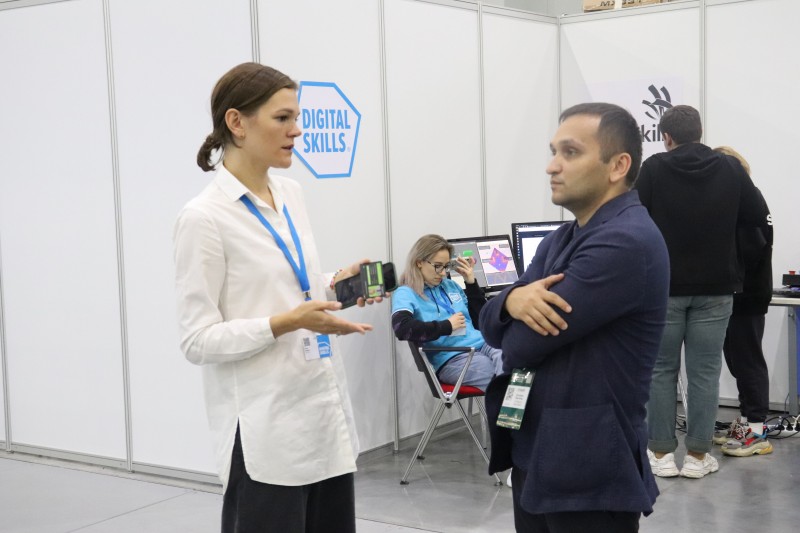 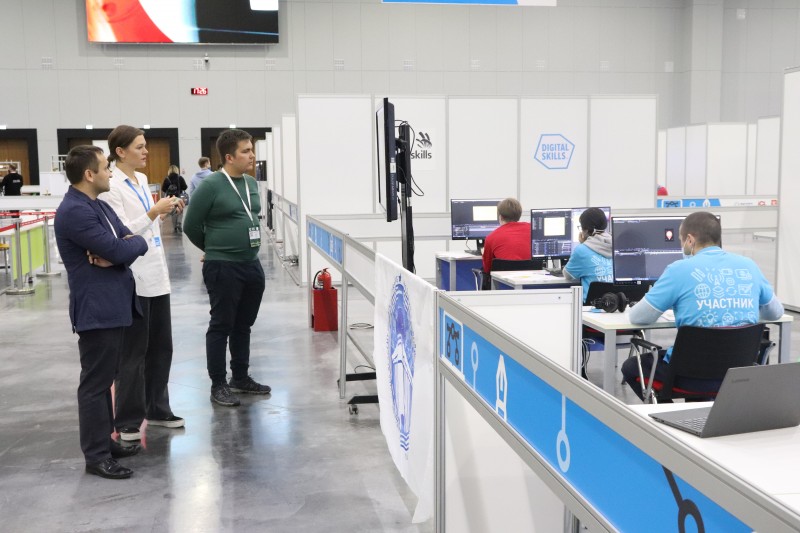 After that, a significant event took place for the robotics of Uzbekistan. Deputy Director of IT Park Abdulakhad Kuchkarov and Head of Education Development Department Sardor Kuchkarov met with Deputy Director of the Department for Work with Industry and Development of New Competencies of “WorldSkills Russia”. During the meeting, they were able to get acquainted with the scale of the work carried out by the organization for the development of robotics in Russia, attend the 3rd industry championship in the field of information technology according to the standards “WorldSkills DigitalSkills 2021” and discuss the possibilities of introducing other popular and demanded areas of robotics all over the world. 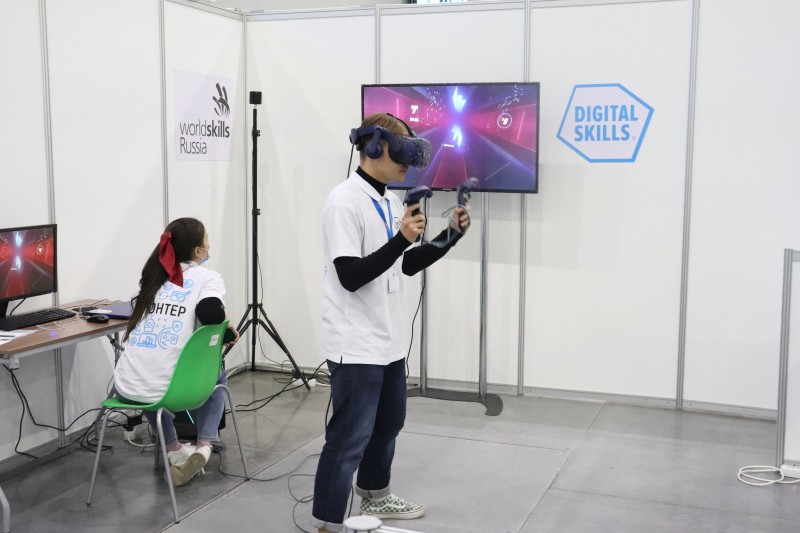 As the result of the day, a significant meeting of the General Director of the “BePro” group of companies Abduvoitjon Gafurov, the Director of “UZGPS” and “BePro” Nuriddin Dzhuraev with the First Deputy Minister of Agriculture and Food of the Republic of Tatarstan Neil Rinatovich Zalakov and the General Director of the Joint Stock Company of the Republican Information and Computing Center Niyaz Andreevich Khaliullin took place. Following the meeting, the parties agreed to cooperate in the digitalization of agriculture and exchange experience in the development of projects.

And these are not all the events that happened on the second day of participation in the international forum “Kazan Digital Week – 2021”.

The IT Park delegation tried to make the most of all the opening opportunities and take part in all the meetings, which, as we are sure, will ultimately lead to fruitful cooperation. Moreover, there is still the third day of the exhibition ahead, the results of which we will tell you later.