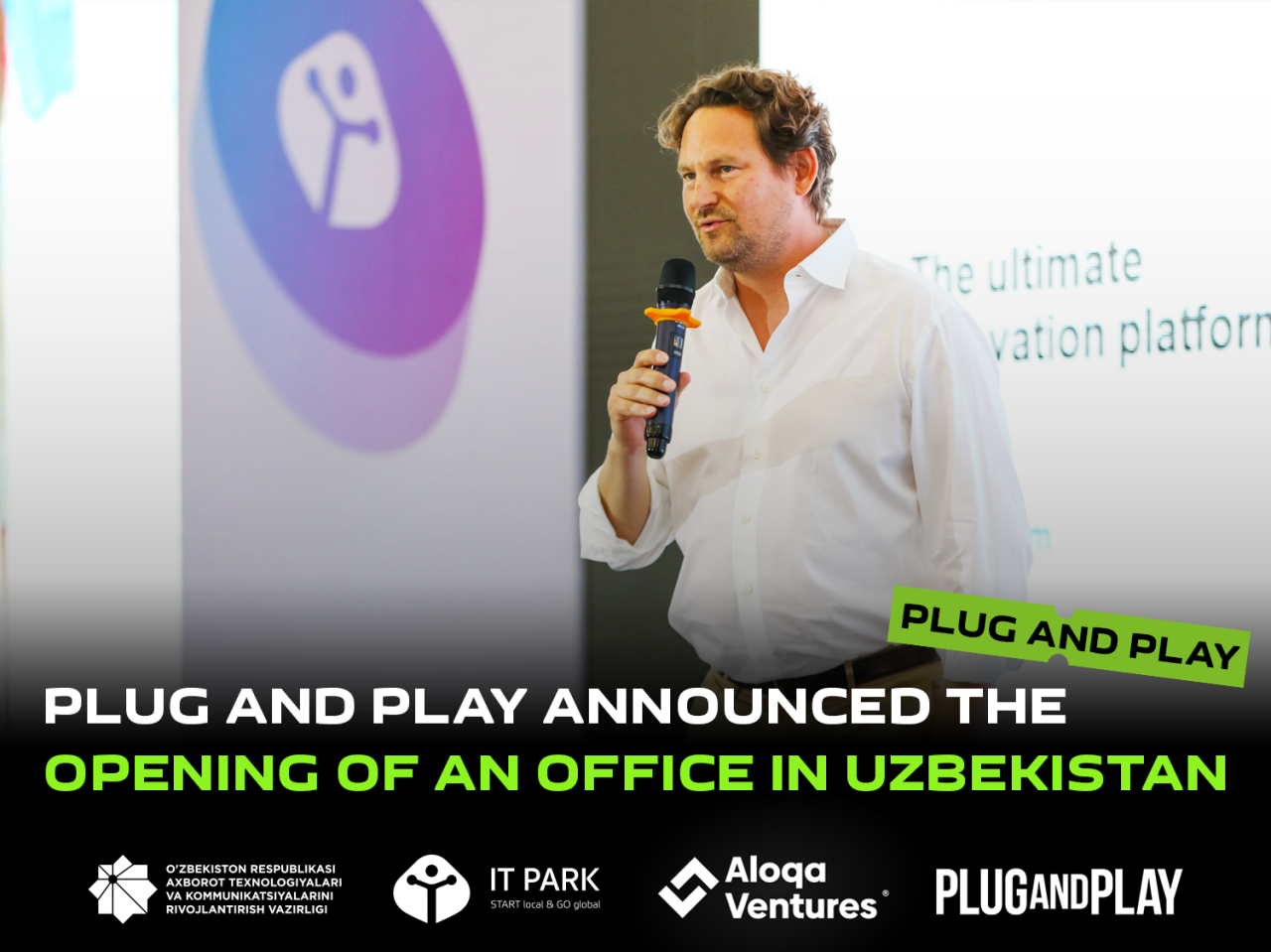 Plug and Play announced the opening of an office in Uzbekistan

Plug and Play will soon open its new office in Uzbekistan. This announcement was made on July 24  at IT Park Rewind 2022 conference which was held at  the Astrum IT Academy.

Sascha Karimpour, Managing Director of Plug and Play Germany and Felix Lammers, Manager Corporate Partnerships announced the opening of Plug and Play office in Uzbekistan in their presentation at the IT Park Rewind 2022 conference. They gave a speech about the activities of the world's leading Innovation Platform, the process of selecting startups for attracting investments to them, and the conditions created in Uzbekistan for the development of the venture investment market.

The Plug and Play office in Uzbekistan will be opened in cooperation with the Ministry for the Development of Information Technologies and Communications of the Republic of Uzbekistan, IT Park Uzbekistan and Aloqa Ventures in Tashkent. The initial stage of cooperation within the framework of the program includes the following areas: financial technologies, insurance, and corporate technologies, as well as education.

The new location will help create more opportunities for local corporations to interact closely with startups, moreover, accelerate the development of the startup ecosystem in the region.

Collaboration with Plug and Play will also help startups expand internationally as they can access a global network of over 40 locations around the world.
The opening ceremony of a Plug and Play office in Uzbekistan is planned for the autumn of this year. The most promising startup projects will be selected and assisted in their growth through participating in acceleration programs and connecting with large corporations.

For reference: Plug and Play is the world's leading Innovation Platform that connects startups, corporations, venture capital firms, universities, and government agencies. The company has a presence in over 40 locations on five continents and is headquartered in Silicon Valley.

Plug and Play offer corporate innovation programs and assists corporate partners at every stage of their innovation journey, from learning to implementation. They also run startup accelerators and set up their venture capital fund to innovate across industries. They have invested in 1.000 successful companies including Dropbox, Guardant Health, Honey, Lending Club, N26, PayPal, and Rappi.