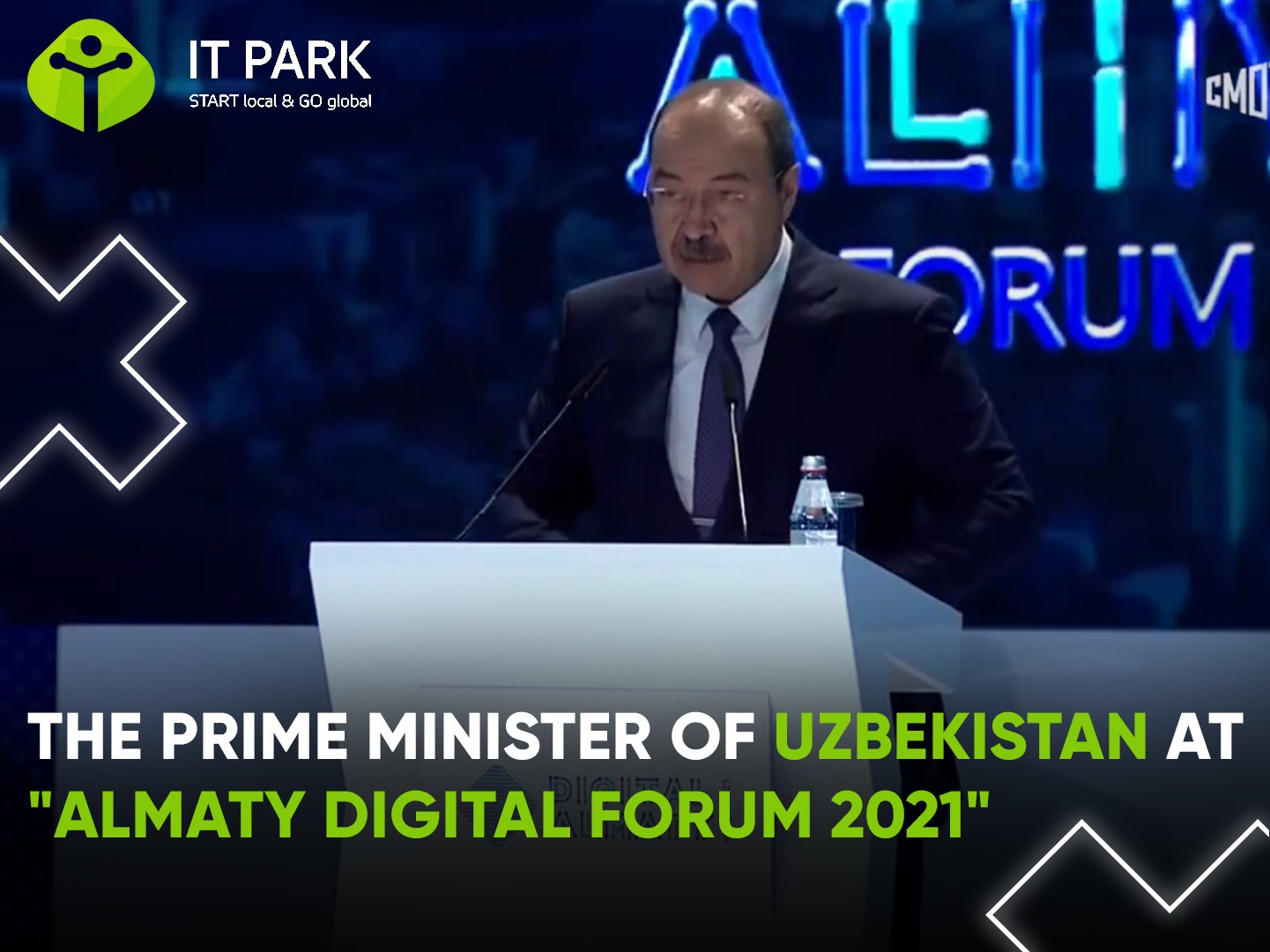 On February 5, 2021, the Digital Almaty forum was held in the southern capital of Kazakhstan, Almaty, which is one of the key platforms for the establishment and discussion of global and regional digital agenda, challenges, solutions and policies in the field of digitalization around the world.

The goal of the forum is to provide a regional and global platform for dialogue to discuss the digital agenda in the context of COVID-19, new digital transformation strategies and trends in the emerging technologies during the pandemic.

Abdulla Nigmatovich in his speech noted that under the leadership of the President of the Republic of Uzbekistan Shavkat Mirziyoyev, decisive measures are being taken in the country to introduce digital technologies in all industries and areas which are aimed at building a new Uzbekistan.

“Last year we adopted a number of strategically important programs for the further development of the digital economy, e-government and IT education. Specifically, according to the adopted Digital Uzbekistan Strategy, in the upcoming two years over 280 priority projects for digital transformation of regions and sector’s economy will be implemented,” Abdulla Aripov said.

Besides, the Prime Minister highlighted that a good access to the internet has already been provided to kindergartens and medical institutions, as well as to over 8 thousand schools. In the upcoming two years, it is planned to spend $2.5 billion on the development of digital infrastructure, which will include financing the launch of three large data centers in Tashkent, Bukhara and Kokand, expansion of the fixed telecommunications network and modernization of mobile lines. One of the results of these measures will be the ability to connect households in each locality to the Internet at a speed of at least 10 megabits per second.

For the digitalization of agriculture, the introduction of modern agricultural technologies and innovative solutions, more than $ 600 million will be attracted, in particular, for the expansion of the use of satellite technologies, the development of intelligent systems and software products, as well as the digitization of industry data.

“For the development of IT training in the republic, a separate state program has been adopted aimed at creating a completely new system of vertical training,” Abdulla Aripov emphasized.

“In order to develop IT education within the republic, a separate state program has been adopted with the aim of creating a completely new system of vertical education”, Abdulla Aripov emphasized.

It should be noted that within the framework of the above-mentioned education system, last year there were launched specialized schools with in-depth study of information technologies in each region. Currently, the number of such schools has amounted to 14, and by the beginning of a new academic year 82 more schools will be opened. Thus, overall, 205 such specialized IT schools are planned to have been opened by 2024.

Furthermore, in order to increase digital knowledge and skills among the population in the regions of the republic, more than 100 IT training centers have been opened, through which more than 85 thousand students have been trained in the last 6 months alone, and by the end of this year, 106 more centers will be opened and thus, youth will have an opportunity for IT training in each region.

Besides, through the program “One Million Uzbek Coders” which was launched last year, more than 130 thousand young people have been trained in computer programming, and by the end of this year it is planned to train up to 300 thousand students, through the integration of this program with the subject of computer science in schools. Furthermore, this year, a system will be introduced to reimburse young citizens up to 50 percent of the costs of obtaining international IT certificates. One more priority in this direction, according to Abdulla Nigmatovich, is to increase the admission quota for IT specialties in the country's higher educational institutions from 5 to 15 thousand by 2025.

Abdulla Nigmatovich also spoke about the development of the IT industry and digital entrepreneurship: “The demand for digital services has significantly increased in the republic, for example, their growth rate has doubled. The number of users of electronic payment systems exceeded 14 million people, which amounted to 70% of the economically active population of the country”.

In the nearest future, he noted a 2-fold increase in the share of the digital economy in the country's gross domestic product, for which IT-Parks are being opened, and its residents are granted a number of tax incentives and preferences until 2028, including exemption from all corporate taxes, as well as a reduction in the tax rate on the income of their employees up to 7.5 percent.